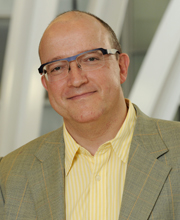 Michael Tymianski, CM, MD, PhD, FRCSC, FAHA  Dr. Tymianski holds the Harold and Esther Halpern Chair in Neurosurgical Stroke Research, as well as the Canada Research Chair (Tier 1) in Translational Stroke Research at University of Toronto Faculty of Medicine where he is a Professor in the Department of Surgery (Neurosurgery). He is also Head of the Division of Neurosurgery and Director of the Neuroprotection Laboratory at Toronto Western Hospital and serves as Director of the Neurovascular Therapeutics Program for the University Health Network. In addition to these appointments, Dr. Tymianski is a Senior Scientist at the Krembil Research Institute and President and CEO of NoNO, Inc., a private clinical-stage biotherapeutics company dedicated to the research, development and commercialization of pharmaceuticals for the treatment of common health disorders with unmet needs, including stroke, traumatic brain injury, and pain.

Dr. Tymianski received his medical degree from and completed his residency training in neurosurgery at the University of Toronto Faculty of Medicine. During his residency, he also entered the graduate school of the Medical Science, where he received his PhD in medicine. Dr. Tymianski completed fellowship training in cerebrovascular surgery with Dr. Christopher Wallace at Toronto Western Hospital and with Dr. Robert Spetzler at the Barrow Neurological Institute. Dr. Tymianski is a Fellow of the Royal College of Physicians and Surgeons of Canada. 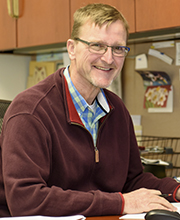 Dr. Wollmuth earned his master's degree in biology from Portland State University and a PhD in physiology and biophysics from the University of Washington, working under Dr. Bertil Hille. Dr. Wollmuth was a Senior Fellow in the Division of Cell Physiology at the Max Planck Institute for Medical Research in Heidelberg, Germany, from 1993 to 1998, working with Nobel Laureate Dr. Bert Sakmann and was also a Human Frontier Science Program Fellow and an Alexander von Humboldt Fellow there. Shortly after joining Stony Brook in 1998, Dr. Wollmuth received an Alexandrine and Alexander Sinsheimer Scholars Award. He has been funded continuously by the National Institutes of Health (NIH) and has received awards from the American Heart Association to study stroke. He is a member of the Biophysical Society, Society for Neuroscience and the American Society for Biochemistry and Molecular Biology.

Research in Dr. Wollmuth's laboratory addresses fast synaptic transmission in the brain in both health and disease. Synapses are specialized structures that control the flow of information between cells in the brain whereby ion channels are directly activated by a chemical neurotransmitter. One such ligand-gated ion channel, the N-methyl-D-aspartate receptor (NMDAR), holds a special fascination for neuroscientists and clinicians alike. The NMDAR is involved, to some extent, in nearly all brain functions, which includes playing a central role in synaptic plasticity, the cellular correlate of learning and memory. Similarly, numerous brain diseases including stroke are associated with NMDAR dysfunctions. The Wollmuth lab, in collaboration with Dr. Helen Hseih, a pediatric surgeon at Stony Brook Children's Hospital, is addressing how missense mutations in NMDAR subunits lead to a variety of neurological disorders, including autism, schizophrenia and epileptic encephalopathy. 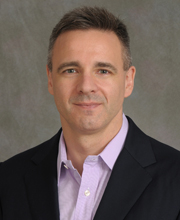 David Fiorella, MD, PhD Dr. Fiorella, a neurointerventionalist, is Director of the Stony Brook Cerebrovascular Center and Co-Director of the Stony Brook University Cerebrovascular and Stroke Center. He is also Professor of Clinical Neurosurgery and Radiology at Stony Brook University School of Medicine. Dr. Fiorella has expertise in the neuroendovscular treatment of cerebrovascular disease — cerebral aneurysms, acute stroke intervention, intracranial atherosclerosis, arteriovenous malformation (AVMS) and fistulas, and embolization of central nervous system (CNS) tumors — and he has played a pivotal role in the development, testing and introduction of numerous technologies and treatments for cerebrovascular diseases. At the same time, he has helped build a world-class cerebrovascular diagnostic and treatment center at Stony Brook Medicine that is unique in Suffolk County. Dr. Fiorella is among only a handful of leaders nationally in terms of the range of interventions and volume of procedures he performs.

Dr. Fiorella received both his MD and PhD (in neuropharmacology) from SUNY at Buffalo School of Medicine. He completed his residency at Duke University Medical Center. He completed both of his fellowships, in neuroradiology and interventional neuroradiology/endovascular neurosurgery, at Barrow Neurological Institute in Phoenix, where he later served on the faculty. Prior to joining Stony Brook Medicine in 2009, Dr. Fiorella served on the faculty at Cleveland Clinic's Cerebrovascular Center.

An active researcher, Dr. Fiorella was named as one of two national Principal Investigators for the National Institutes of Health (NIH)-supported trial SAMMPIS for intracranial stenting, the Microvention®-sponsored intraluminal support device LVIS® aneurysm trial, the Sequent Medical™-WEB™ aneurysm embolization system trial, and in 2015, was named the national Principal Investigator for the INVEST trial using the Apollo™ system in the treatment of intracerebral hemorrhage.

Dr. Fiorella has been published widely in journals such as Stroke, Neuroradiology, Neurosurgery and the New England Journal of Medicine. He is invited routinely to speak at national and international conference events. He is a senior member of the Society of Neurointerventional Surgery (SNIS) and currently serves on the Executive Committee. Dr. Fiorella was selected as a Castle Connolly Top Doctors™: New York Metro Area (2014, 2017) and was the recipient of the 2012 Health Care Heroes Award for Achievement in Health Care by Long Island Business News. 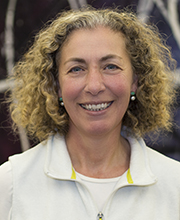 Styliani-Anna (Stella) E. Tsirka, PhD Dr. Tsirka is a Professor of Pharmacological Sciences at Stony Brook University School of Medicine. She is also Vice Provost for Faculty Affairs at Stony Brook University. Prior to that appointment, Dr. Tsirka served for 11 years as Graduate Program Director for the Molecular and Cellular Pharmacology Program at Stony Brook. Dr. Tsirka has served on panels exploring ways to increase women and underrepresented minority representation in STEMM; she is a member of the WISE (Women in Science and Engineering) Working Committee and Women in Neuroscience for the Society for Neuroscience.  She also serves as President of the New York Chapter of the American Foundation for Greek Language and Culture.

Dr. Tsirka received her PhD in biochemistry from University of Thessaloniki, Greece. She completed her postdoctoral fellowship in molecular biology at University of California at San Francisco, and in developmental neurobiology at Stony Brook University School of Medicine.

Dr. Tsirka's research interest concerns the communication, signaling events and cell-cell interactions between neurons and microglia subsequent to normal or exaggerated stimulation of the central nervous system (CNS) that lead to reorganization of neuronal connections in the brain or neuronal cell death, focusing on interactions between the CNS and the immune system. Specifically, the lab explores the function and activation of microglia in response to both physiological and pahtological stimuli. The lab uses different models of disease, including ones for multiple sclerosis, stroke, glioma and epilepsy, to investigate neuro-immune interactions and pathways common to them. The Tsirka lab seeks to identify targets for intervention and therapeutic treatment of these neuroimmune diseases. 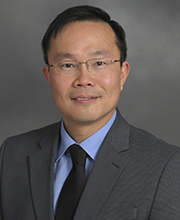 Tim Duong, PhD Dr. Duong is a Professor of Radiology, Vice Chair for Research and Director of MRI Research in the Department of Radiology at Stony Brook University School of Medicine. He holds a joint appointment in the Departments of Biomedical Engineering, Neurology and Ophthalmology. Dr. Duong is also a Research Health Scientist for the Department of Veterans Affairs. He has over 20 years of developing and applying magnetic resonance imaging technologies to study anatomy, physiology and function of the brain in normal and diseased states in animals and humans. He has been published in over 200 peer-reviewed journals and has been continuously funded by the National Institutes of Health (NIH) since 2002 as a Principal Investigator.

Dr. Duong received his PhD in diffusion MRI/MRS from Washington University. He completed his postdoctorate studies in fMRI and cerebral blood flow at the University of Minnesota.

Dr. Duong’s current research focuses on developing and applying high-resolution MRI  to the study of brain injuries (stroke and traumatic brain injury) with the aims of identifying imaging methods for detection, longitudinal monitoring, prediction of tissue fate and evaluation of novel treatment strategies.  Dr. Duong’s research team has established that the functional MRI signals based on changes in cerebral blood flow during increased neuronal activity is spatially localized to individual submillimeter columns. Because of its spatial specificity and robustness, perfusion-based fMRI can be a superior approach for noninvasive techniques. In particular, this approach can be of pivotal importance for human fMRI studies at high spatial resolution. His new interests include MRI applications to multiple sclerosis and cancer. 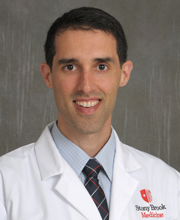 Andrew Goldfine, MD Dr. Goldfine, a neurologist, is an Assistant Professor of Neurology at Stony Brook University School of Medicine. He is part of the team at the Stony Brook Cerebrovascular and Stroke Center, where he has an expertise in neurorehabilitation from stroke, traumatic brain injury and other diseases of the nervous system.

Dr. Goldfine received his MD from UMDNJ-Robert Wood Johnson Medical School. He completed his neurology residency at New York Presbyterian Hospital, Weill Cornell Medical Center. He completed his fellowship in neuro-rehabilitation and neuro-imaging at University of California at Los Angeles, and completed a research fellowship in disorders of consciousness and neurophysiology at Burke Medical Research Institute and Weill Cornell Medical School.

A physician-scientist, Dr. Goldfine's research interests are in behavioral disorders after brain injury, and disorders of consciousness. His primary interest is in cognitive recovery after traumatic brain injury (TBI). Dr. Goldfine is collaborating with Stony Brook researchers in the Departments of Radiology, Psychiatry, Emergency Medicine, and Physical Medicine and Rehabilitation to better understand recovery after brain trauma. Current projects include natural history of TBI, role of gonadal hormones and the role of neuroinflammation in cognitive recovery after TBI. Dr. Goldfine also has a research interest in disorders of consciousness (vegetative and minimally conscious states), as part of a collaboration with Weill-Cornell Medical College. He led development of a tool to determine if patients have residual consciousness that they can't show because of their severe brain injury. He continues to collaborate with other researchers to develop this method further and to better understand the recovery process from severe brain injury.